The last ten years have generously rewarded U.S. equity investors with the S&P 500 returning a handsome 15.91% annually through March.  As powerful as the index’s performance has been, it is worth noting that its returns land it in the middle of the pack as far as overall performance versus counterpart smart beta or factor portfolios: 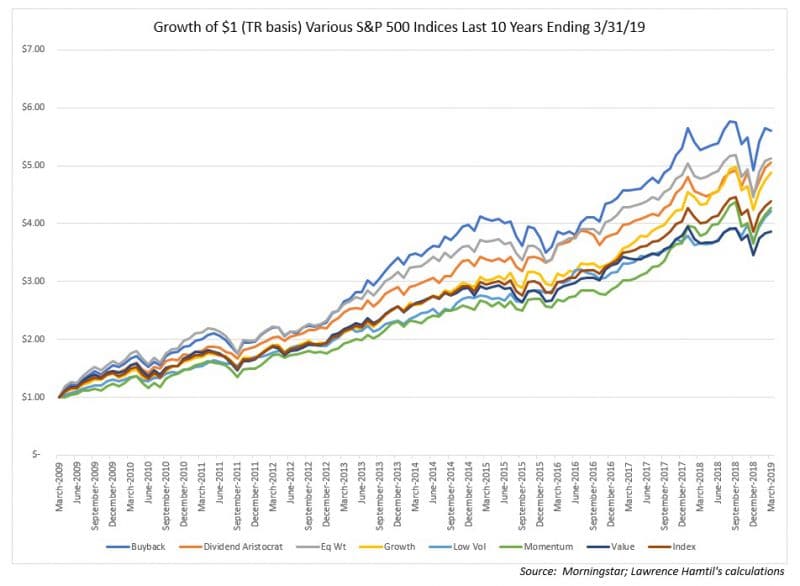 This chart does not tell the whole story, however, as only three of the indices outperformed the index in risk-adjusted terms (i.e. posted a higher Sharpe ratio), and of those three, only two, Dividend Aristocrat and Low Volatility, did so in any meaningful way: 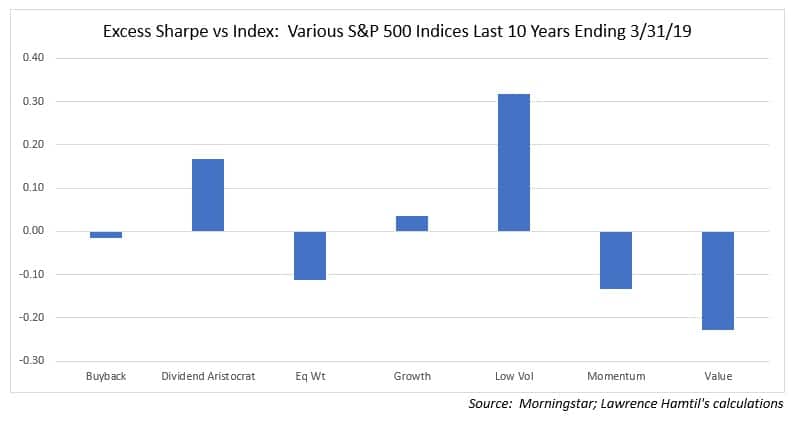 Yet, there is still quite a bit more to the story that neither simple total returns nor Sharpe ratios alone can say, and that is that every allocation comes with an express trade-off.  Consider the detailed performance and risk statistics in the table below:

The S&P 500 Buyback Index was the best performer, but it also suffered the longest drawdown of any of the indices.  Similarly, the S&P 500 Equal Weight index posted the second-highest overall returns, but also suffered the steepest peak-to-trough decline.  Conversely, Low Volatility posted the highest Sharpe ratio, but also the second-lowest annualized return over the period.  Momentum and Value, which in prior cycles have outperformed the index by considerable margins, have actually performed relatively poorly during the most recent cycle, which of course has tested the fortitude of their adherents.

The lesson here is that even worthwhile strategies can underperform for long periods of time, and even when they are doing well, that excess performance can come at a cost.