It is well-documented that the largest U.S. stocks have outperformed the rest of the equity market over the last few years, but the degree to which they have may be surprising to some.  In fact, the last few years have witnessed the longest period of outperformance by large stocks versus mid-sized stocks since the tech bubble of twenty years ago: 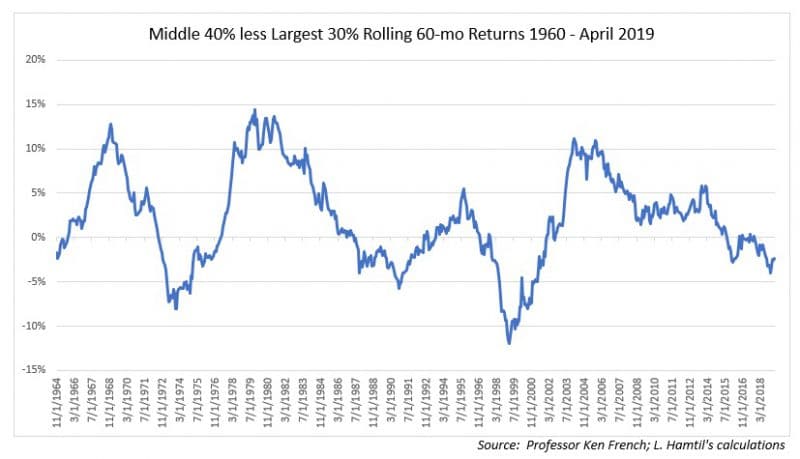 Furthermore, as can be inferred from the chart above, mid-sized stocks have typically suffered the least from extremes, – both to the upside and the downside, – than either large or small stocks.  In fact, drawdowns for mid caps have been considerably less pronounced than for small stocks, and only slightly deeper than for large stocks, while typically being shorter in duration than both:

Put these factors together, and it should be no surprise that mid cap stocks have historically generated the highest returns in both absolute and risk-adjusted terms:

Now that I have established the historical case for mid-sized stocks, what makes them attractive at this particular point?  In a word, the reason is valuation.  Based on this chart from Dr. Ed Yardeni, large cap stocks trade at the largest premium relative to mid cap stocks since the height of the financial crisis: 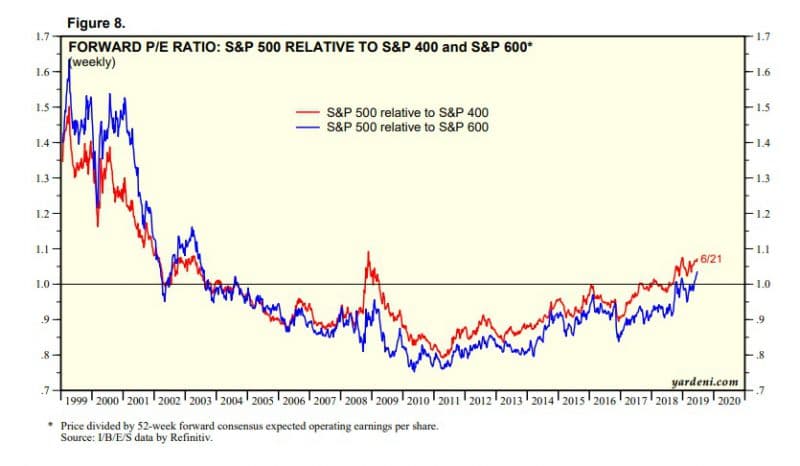 Now, as long-time readers know, I think all index-level valuations need to be discounted for sector bias, and sector composition differences do contribute to the discount of the mid cap index relative to the large cap index.  For instance, the S&P 500 large cap index has greater weights in typically more highly-valued sectors such as technology and consumer staples, whereas the S&P 400 mid cap index holds greater weights in historically discounted sectors such as financials, industrials, and materials: 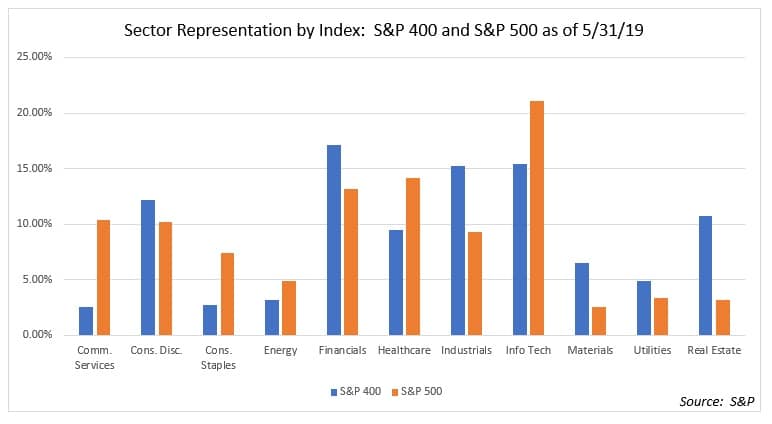 When comparing by sector-level valuations, the case becomes a little clearer; mid caps currently trade at substantial premiums in just energy and healthcare: 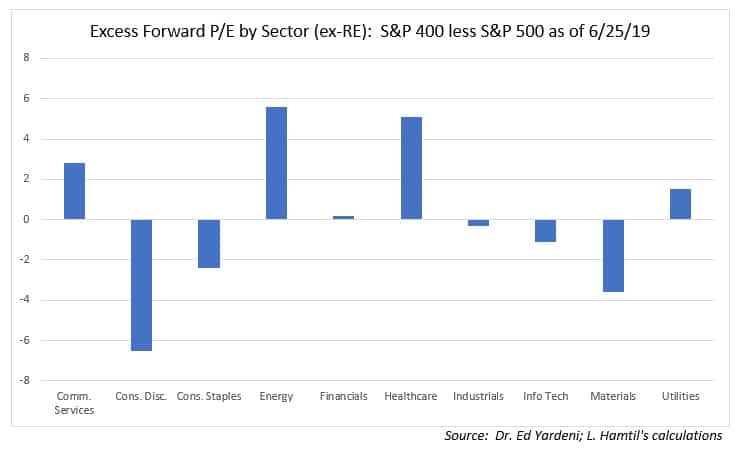 Two other advantages that mid cap stocks have over large cap stocks is that they are typically far less concentrated not just in a few sectors but in individual companies, and they are more exposed to domestic economic activity than large cap stocks, which generate a higher share of their revenues overseas.  This latter point can be important if one is skeptical of a robust global economic rebound.

In sum, while it is true that large cap stocks have enjoyed the benefit of a multi-year run of dominance, and the likes of Apple, Microsoft, Amazon, and the other large cap titans are on top of the world, the balance of data suggest that mid cap stocks are primed for a run at returning to their place as kings of the equity world.