Last year, we discussed how few industries had outperformed the overall market over the long term, especially in risk-adjusted terms:

We noted that these few industries with stellar performance records shared a few things in common such as wide economic moats and earnings stability.  At first glance, the defense industry (labeled as “Guns” as that is how it is listed in Professor Ken French’s data library) would seem like it would not fit along with the other industries like tobacco, pharmaceuticals, and food, which are staples of everyday life.  However, a deeper look at the dynamics of the industry and its history reveals that the major defense companies (often referred to as “primes”) have performed very much like the more obvious high quality, low volatility industries.

For example, it is remarkable that since mid-1963, the furthest back data go, the defense industry has not suffered a negative ten-year result over any period, while the broader market has suffered two (although one was essentially flat): 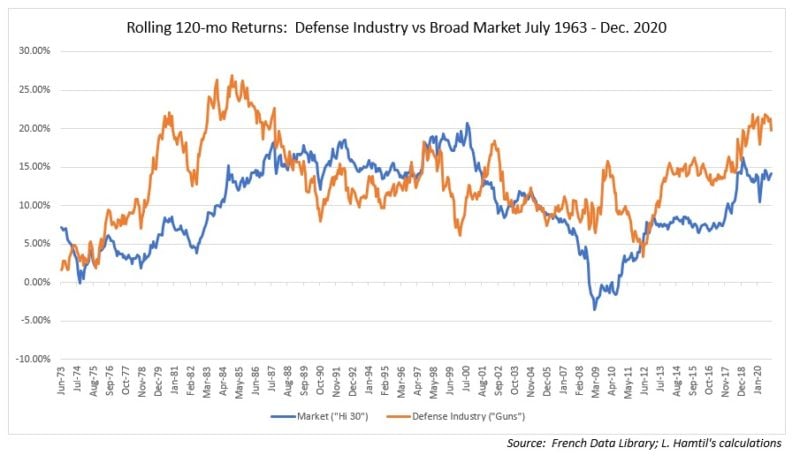 This is all the more remarkable given that the defense industry suffered in the 1990s an economic shock that was proportionately worse for it than the Depression was for the economy as a whole in the 1930s.  It is not as though the stocks of these companies were not affected by the huge decline in government defense spending that resulted from the end of the Cold War; in fact, the collapse in defense stock prices culminated in a greater than 60% drop, which was greater than what the market suffered after both the tech bubble burst and during the financial crisis:

Certainly the industry benefited from the surge in defense spending that coincided with the conflicts in Afghanistan, Iraq, and elsewhere, but it was also by this time extremely lean and efficiently run after years of consolidation, prudent divestments, and cautious management which had resulted from the severe reduction in government defense spending.  With fewer opportunities to grow, a decline in capital expenditures ensued, and the focus became returning cash to shareholders, mostly from cash earnings.

To illustrate this change in management focus, I asked my friend, Jesse Livermore (@jesse_livermore on Twitter), the author of the Philosophical Economics blog, to crunch the numbers for me using data from O’Shaughnessy Asset Management (with whom Jesse is a frequent research partner).  The major shift from investment to consolidation and cash returns on the part of defense companies can be seen in this great chart that Jesse created: 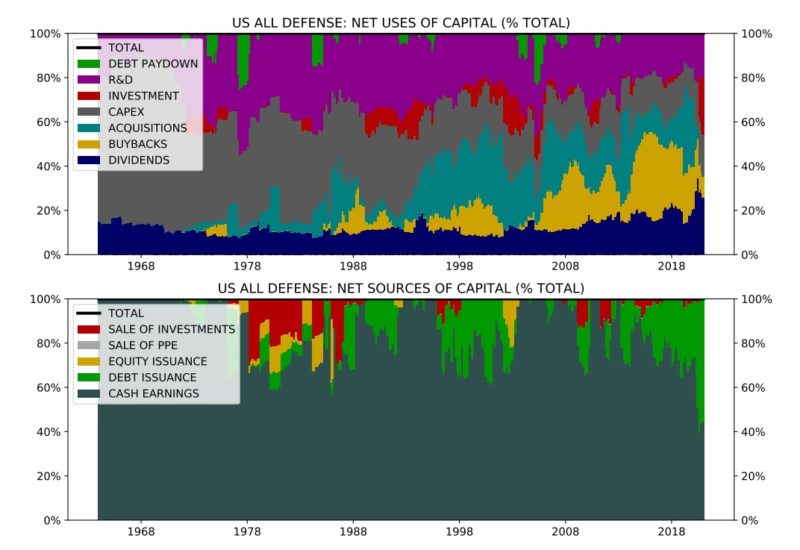 Two great examples of this focus on returning cash to shareholders are Lockheed Martin and Northrop Grumman.  Since 2003, Northrop’s management has repurchased more than 50% of shares outstanding.  Lockheed’s management has been almost as active.  Yet it would be incorrect to assume these repurchases were done indiscriminately, as has perhaps been the case in other industries; for example, as this chart demonstrates, several of Lockheed’s repurchase programs were initiated at extremely opportune times: 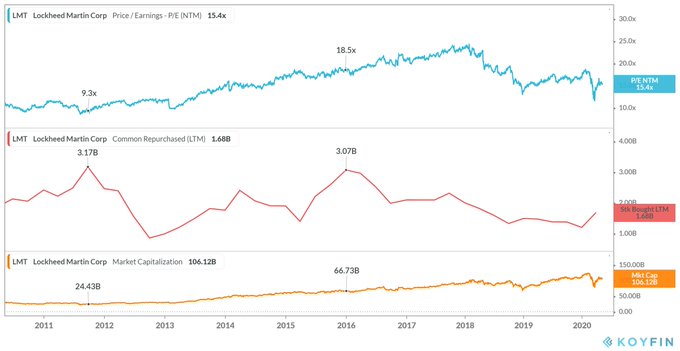 The success of defense stocks can be explained from a factor perspective, as well.  Jesse prepared another chart, which shows that defense stocks have rarely been among the most expensive stocks in the market, and, more recently, they have been among the least volatile, traits they share with consumer staples to which they are sometimes compared (chart via Jesse Livermore & OSAM): 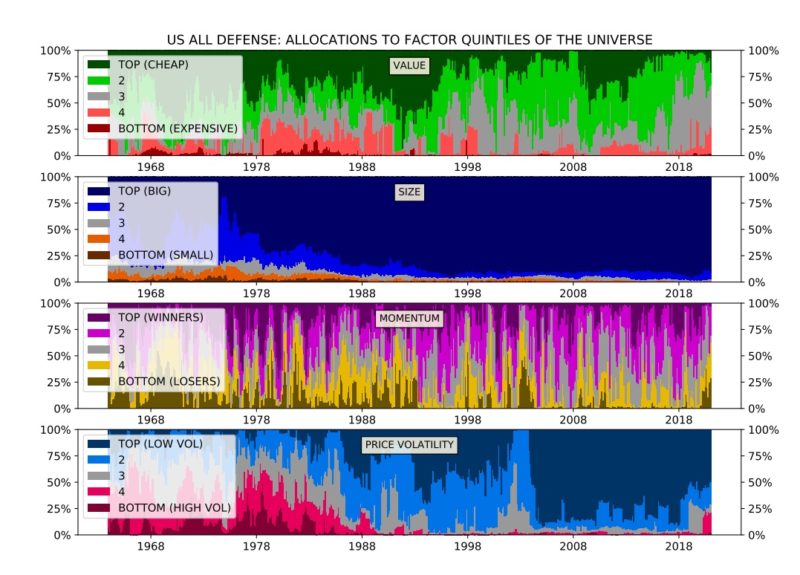 Now once again the defense industry is faced with skepticism about its future and budget allocations, and valuations have compressed.  Yet the world is not any safer, and potential enemies the world over continue to invest in modernizing their militaries in an attempt to keep America at bay.  It seems to me that the industry is well positioned to continue to deliver for shareholders for years to come.

Disclosure:  both the author and clients of Fortune Financial Advisors, LLC, own Lockheed Martin and Northrop Grumman.