Back in the summer of 2017, I demonstrated that the weightings of the S&P 500’s top components were roughly in-line with the historical average, despite all the publicity and discussion the megacap stocks were getting.  Fast forward to the beginning of 2021, and the story is very different; by just about any measure, the S&P 500 is the most top-heavy it has been in at least a generation.

Consider, for example, the weighting of the top stock, Apple, which currently represents close to 7% of the S&P 500’s market capitalization: 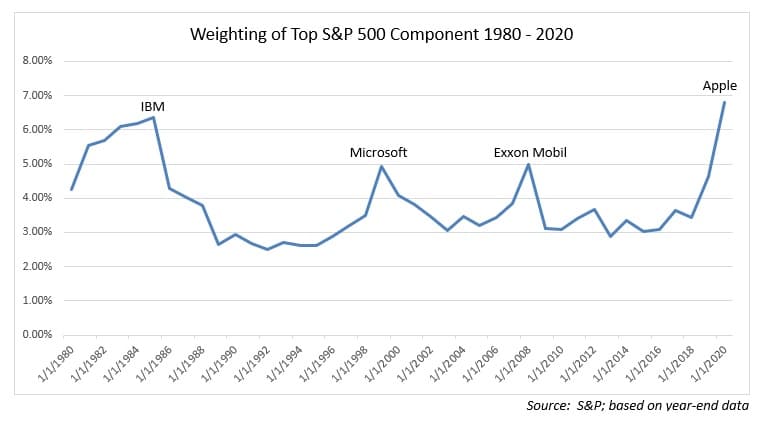 Similarly, the top ten stocks make up more than 27% of the index, surpassing both the tech bubble and 1980 oil bubble peaks: 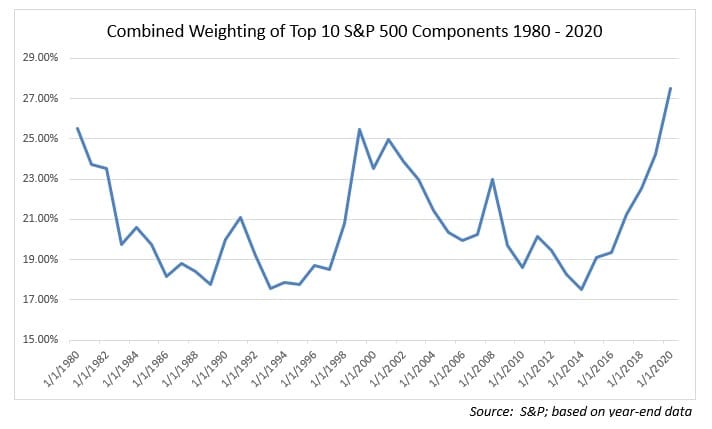 Another data point is that, like 1980 when a majority of the top ten S&P 500 components came from the energy sector and related industries, today a majority are technology or technology-related (as CNBC’s Michael Santoli pointed out on Twitter, if you account for the two Alphabet / Google share classes, that boosts Visa to the 10th spot, which is also arguably tech-related):

Another illustration of how the top of the market is distorting things is to compare the respective capitalization shares and earnings shares of each S&P 500 sector.  Unlike 2017 when we last visited the topic, there are material disconnects between certain sectors’ capitalization shares and their earnings shares, with technology and consumer discretionary, for example, currently being over-represented relative to their earnings contributions, while financials and healthcare are under-represented (data via Yardeni): 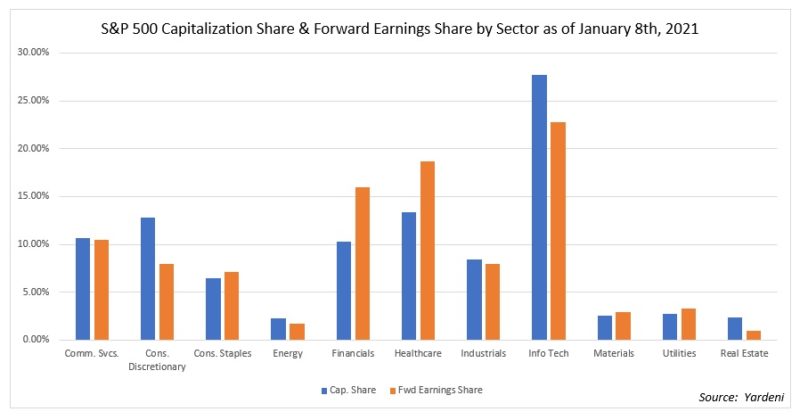 In their most recent Guide to the Markets, J.P. Morgan pointed out a similar disparity in the megacaps’ capitalization share and earnings share, as well as the huge valuation gap between the megacaps and the remaining index components: 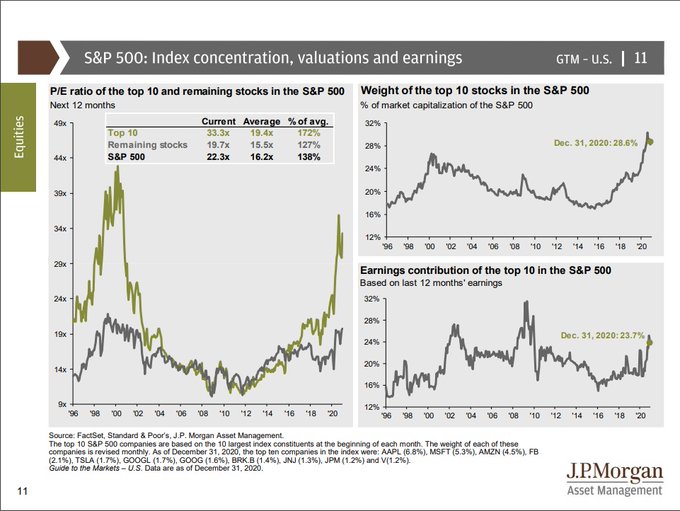 Of course, none of this is to suggest that these popular growth stocks cannot continue to grow and become an even larger chunk of the market.  Yet it seems beyond dispute that the index is now extremely concentrated, and material disconnects are surfacing between the fundamentals (e.g. earnings contributions) of certain segments of the market and their market values.  Given all this, one is tempted to wonder if the next decade will be a little kinder to small, mid-, and equal-weight strategies, which have languished, relatively speaking, for years.