Last week, I made the case for optimism regarding both the economy and the stock market, but given current economic angst, I think it is worthwhile to contemplate how one might position one’s portfolio for a recession.  It goes without saying that each recession is distinct in its own way, so the next recession will look very different from those that preceded it.  However, there are some historical relationships that seem to hold true consistently in downturns, so here a few thoughts of mine on the subject.

A good place to start is to examine the causes and magnitude of the postwar recessions, as well as the attendant market selloffs.  J.P.  Morgan has a very useful chart that details each of these: 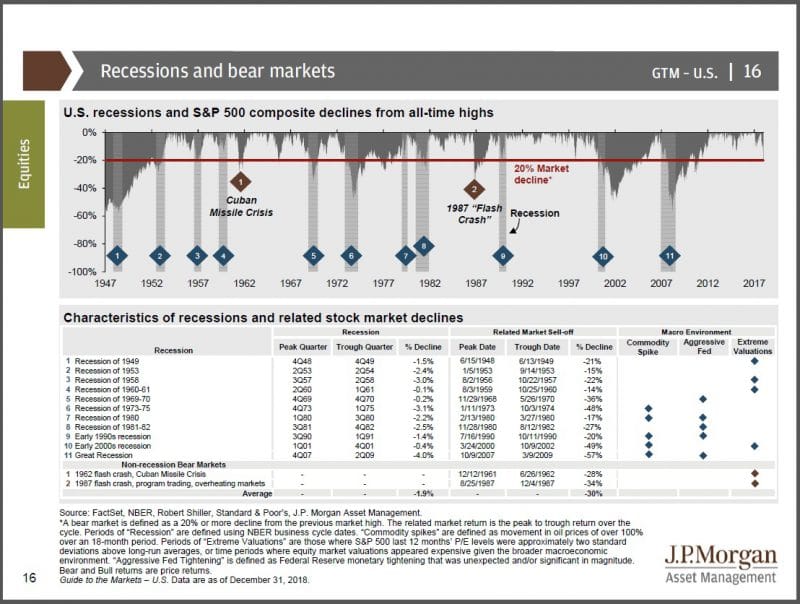 You can see from the chart that the causes of recession were varied in each case, and the coincident contractions in GDP and declines in the stock market were different in each instance, too.  However, as investors, we are primarily concerned with the stock market’s behavior during a recession, so what can these examples tell us?

Intuitively, if we are going to attempt to assess what stock market damage is likely to be incurred during a recession, we might assume the best place to start is GDP contraction, the logic being that the greater the contraction, the steeper the decline in earnings, and thus a steeper decline in equities.  However, historically, that not necessarily been the case: 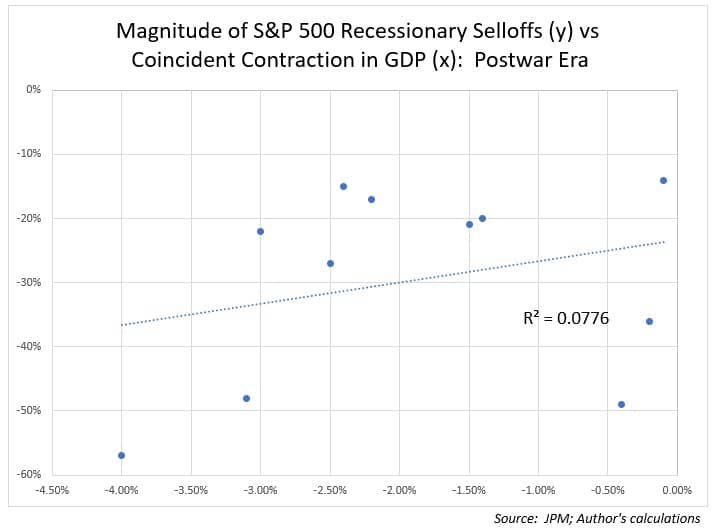 What does seem to be consistent, however, is starting valuation; historically, as this regression suggests, the higher the starting valuation at the onset of recession, the steeper the decline in the stock market: 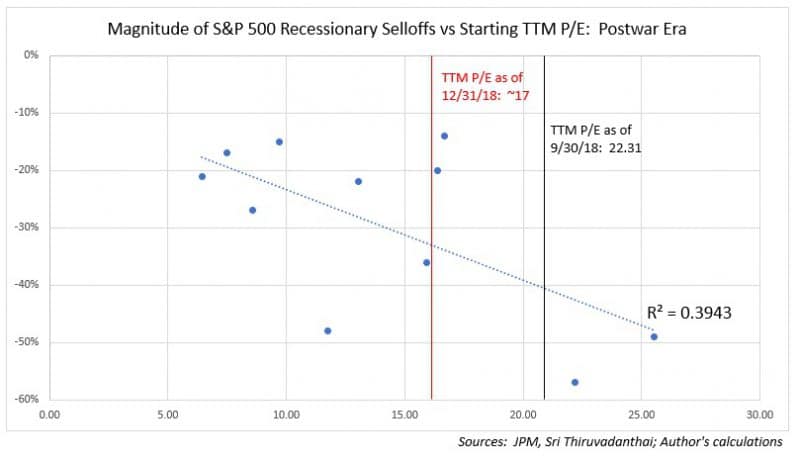 To be clear, the starting P/E shown is not the expansion peak, but just based on month-end at recession’s onset.  Additionally, supposing we are in a recession currently (this does not seem to be the case based on the most recent employment data), I have shown two different lines on the chart:  the P/E as of the end of September, which was just before market volatility began, and an estimate of where market valuations stood more recently.  These give us at least some indication of what we might expect in a recession:  something in the neighborhood of a 30% decline in equities, which would be fairly average for a bear market or recession.  It is worthwhile mentioning that having suffered already a 20% decline at the market’s recent nadir on December 24th, a good deal of the selloff could already be behind us.

Now that we have an idea of how bad a recessionary selloff might be, how might we position our portfolios for it?

Vanguard offers here a model for the optimal recession portfolio, with a significant reduction in foreign equity exposure as well as a large allotment to long-dated Treasury bonds: 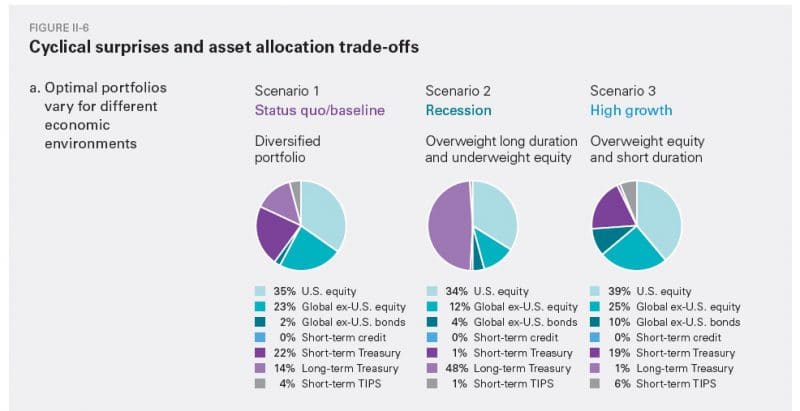 The reduction in exposure to foreign equity makes sense for two reasons:  foreign equity markets are generally more cyclical than US markets in that they have much greater exposure to cyclical industries such as financials, miners, and energy, and, secondly, the dollar tends to rise during recessions, which puts foreign equities at a further disadvantage:

As a result, US equities have tended to outperform during recessionary periods: 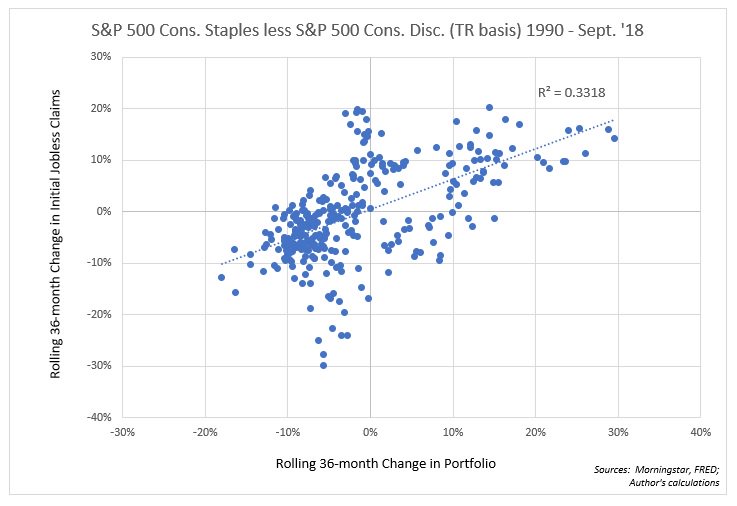 Additionally, given what I discussed above regarding lofty valuations and market selloffs, I would think that a recession-wary investor would want to reduce his growth exposure overall, as higher valuations tend to leave less room for error.

On the fixed income side, the portfolio adjustments seem far simpler:  one would logically expect rates to fall during a recession, so duration exposure, particularly in the form of long-term Treasury bonds, would be favored over both credit and shorter-duration Treasury bonds.  Though cash rates would likely decline as the Fed would most probably cut short-term rates during a recession, a certain amount of cash would make sense for opportunistic deployment.

It goes without saying that the best bet for investors is to maintain a well-diversified portfolio with ample liquidity should the need arise.  However, it is also worthwhile to review one’s portfolio exposures to determine if its implicit macroeconomic exposures are truly desirable.