In his book, Contrarian Investment Strategies, legendary investor David Dreman argues that over the very long term, bills and bonds are no match for stocks in terms of performance, particularly once inflation is taken into account (table from Dreman): 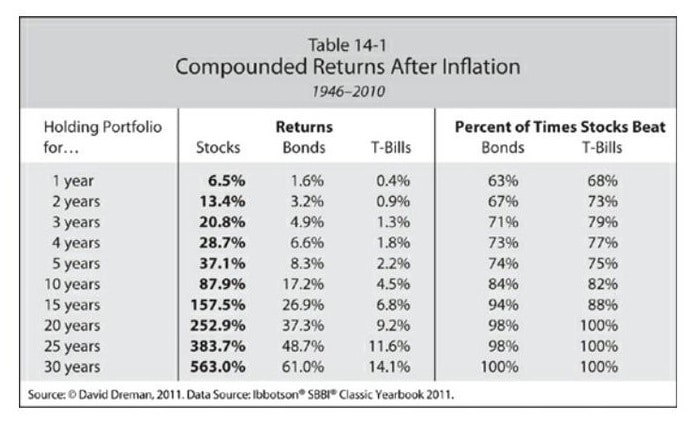 Some might quibble with Dreman’s choice of comparison, which looks at short-term instruments like T-Bills, and intermediate-term instruments like bonds.  I am somewhat sympathetic to this argument, as I have argued before that stocks, as perpetuities, are in many ways most comparable not to bills or intermediate bonds, but to long-term bonds (e.g. 20+ years in maturity), as both are high duration financial instruments.

Given this, how have stocks performed versus long duration bonds historically?

I chose to look at this from two perspectives:  both from a market capitalization or ‘value-weighted’ perspective, and from an equal-weighted perspective, as I think there are really two comparisons here.  First of all, the value-weighted portfolio (I chose to use Professor Ken French’s “Hi 30” portfolio), is more closely aligned with what people refer to as “the market,” since it represents the top 30% of stock market capitalization.  While this portfolio is probably more representative of what average stock investors experienced, it is also a little biased in the since that it is subject to capitalization “bubbles” in certain sectors, such as what happened to energy stocks in the late 1970s and early 1980s, and to technology stocks in the late 1990s.

To account for this, I also chose to compare long-term Treasurys to an equal-weighted version of the “Hi 30” portfolio, which I think is more representative of what the average stock experienced.  I broke down the comparisons into ten- and twenty-year increments to compare as much as possible with the results Dreman posted.  I also did not adjust for inflation as it would be somewhat redundant after looking at the nominal returns. 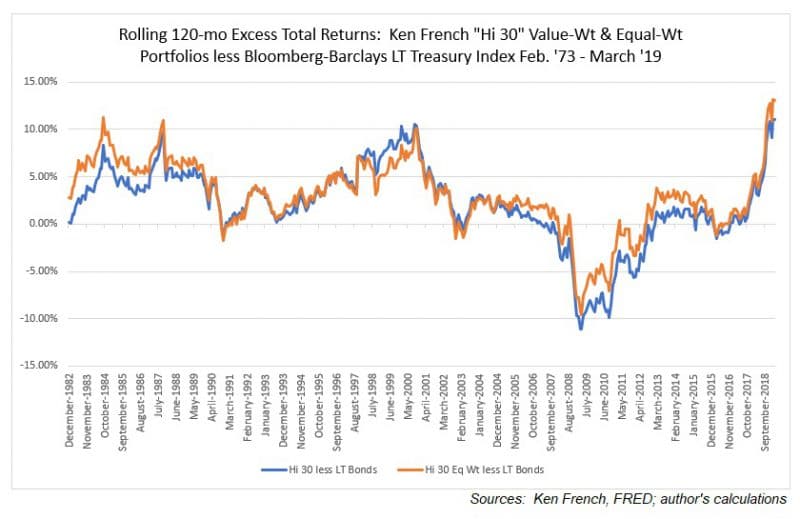 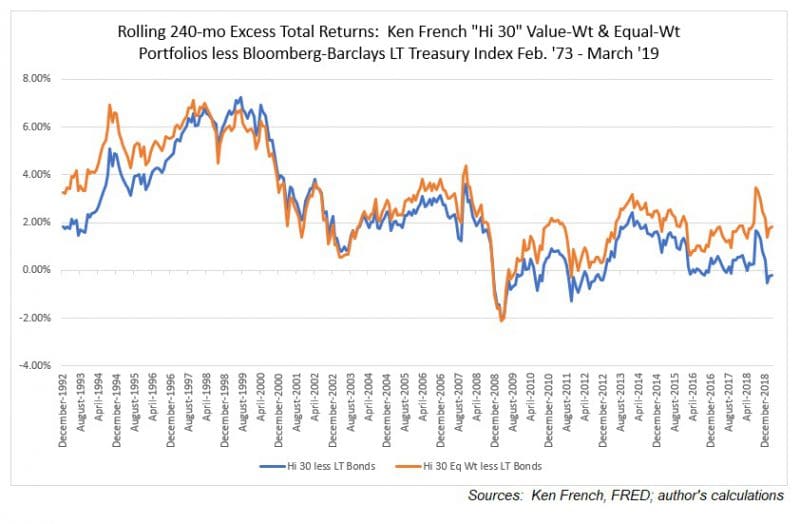 The table below shows the full results for the ten- and twenty-year observations:

Now, it must be admitted that starting the series in 1973 might lead to a little equity bias; after all, stock valuations plumbed close to historic lows through the 1970s, setting up a monster bull market over the subsequent decades.  However, the start date is even more favorable to long-term Treasurys, as yields rocketed to historic highs by the end of the decade.  It is helpful to remember that while valuation explains a good deal of equity performance, almost all of bond returns can be explained by starting yields.  Consider first of all long-term treasury returns versus starting yields over ten-year increments… 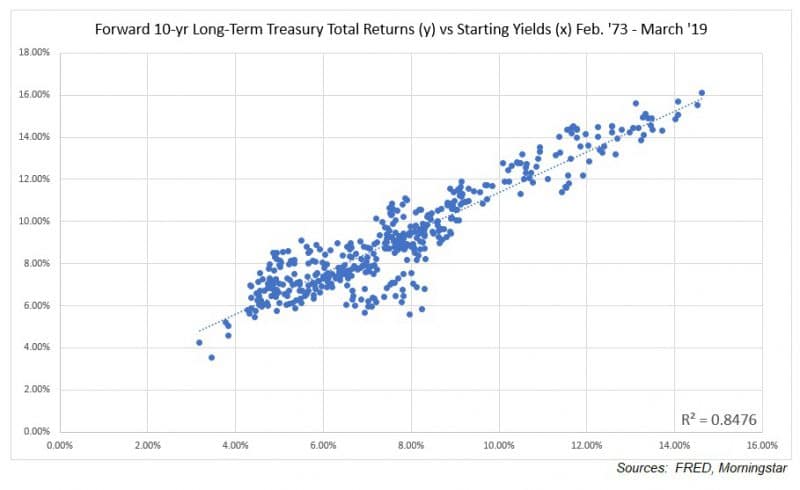 …and even over twenty-year periods: 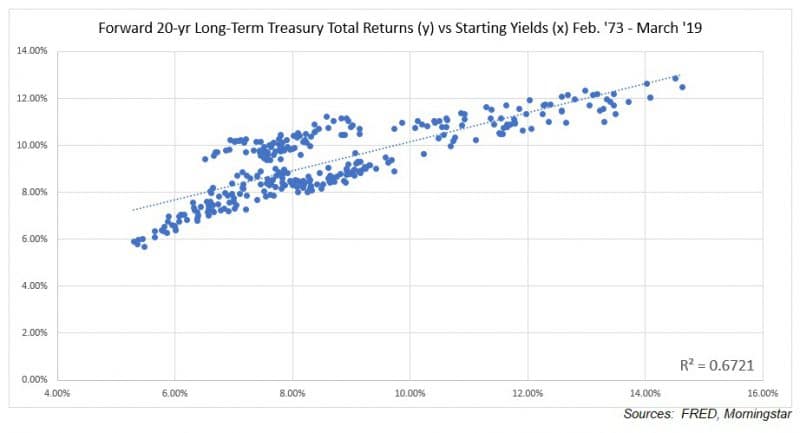 With long-term Treasury rates currently hovering around 3%, it would require some heroic assumptions about weak economic growth and benign inflation to believe that long-term bonds are the better bet going forward: