Recently, S&P Dow Jones published a great article titled “Outperformance in Equal-Weight Indices,” which goes into great detail about what drives the excess performance of the S&P 500 Equal-Weighted index versus its capitalization-weighted parent index.  According to S&P Dow Jones, a main driver of excess outperformance is greater exposure to big winners in equally-weighted portfolio (via SPDJ): 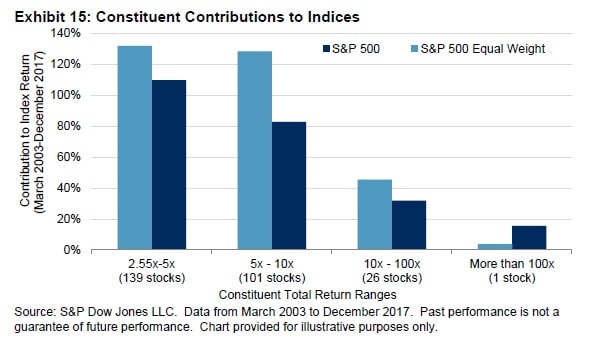 However, the utility of equal-weighting a large cap portfolio such as the S&P 500 is questioned by those who point out that the equally-weighted S&P 500 is essentially another way to have more exposure to midcaps.  To a large extent, this is true; after all, excess performance for the S&P 500 equal-weighted portfolio and the S&P 400 midcap portfolio (capitalization-weighted) have been very highly correlated (table via SPDJ): 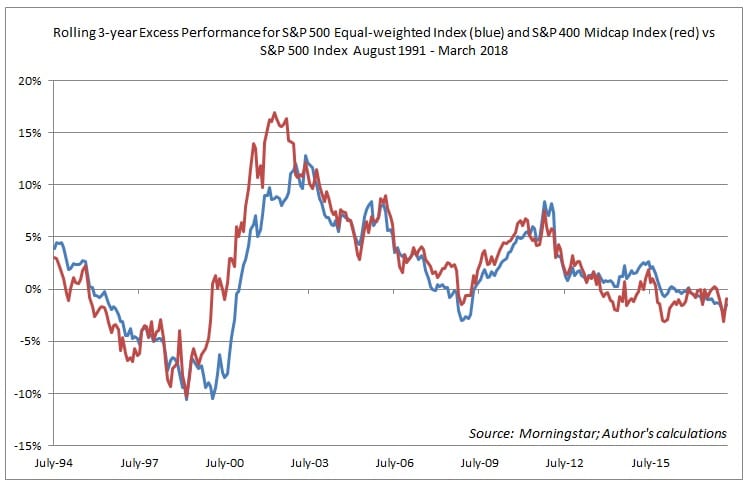 These observations tend to confirm that, at the index level, a capitalization-weighted midcap portfolio is a good proxy for an equally-weighted large cap portfolio.  To test this a little further, we can compare them at the sector level, which also reveals a high degree of similarity between the capitalization-weighted S&P 400 Midcap sector indices and their S&P 500 equally-weighted counterparts.  However, in some cases, the results vary quite a bit: 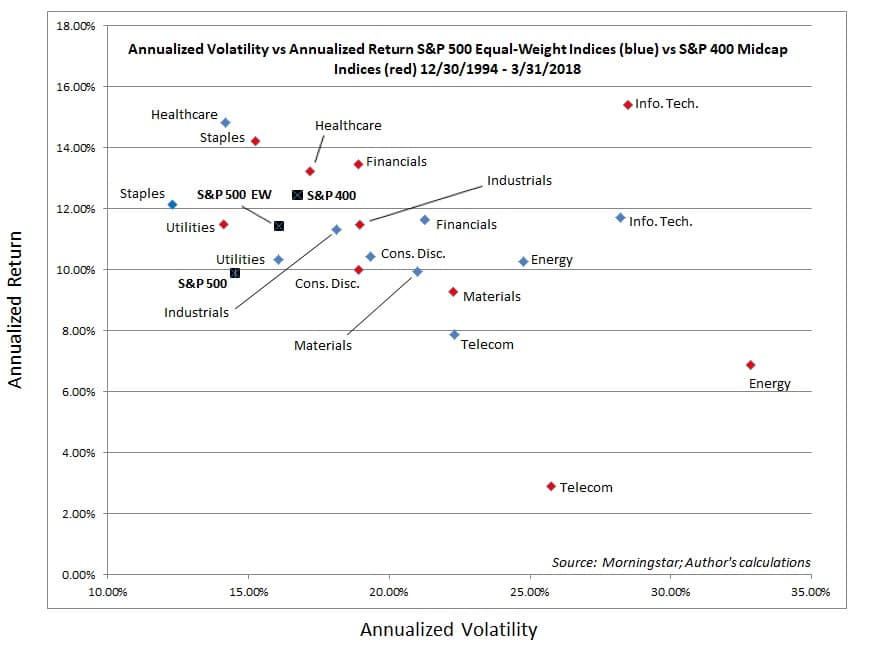 Not surprisingly, however, is the wide gulf in performance between the two energy portfolios.  Unlike the S&P 500 equally-weighted energy portfolio, which contains around 30 well-established energy firms, the S&P 400 Midcap Energy index is composed of much smaller companies, many of which are engaged in the riskier corners of the energy space.  This dispersion between two portfolios that, in theory, should behave similarly seems to confirm what we have written previously, which is that increased exposure to the most volatile areas of an already very cyclical sector, like energy, is less likely to be beneficial as the excess performance of these particular smaller companies is mostly fleeting, since it is tied to macro variables, like the price of oil rather than intrinsic factors. 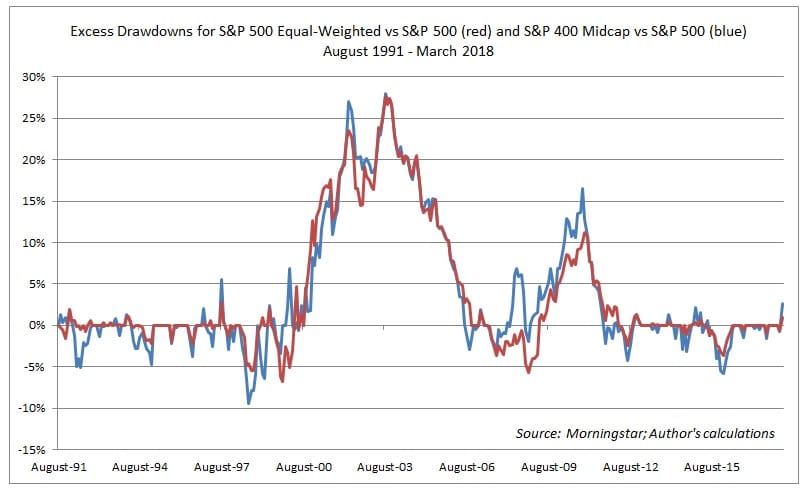